The Physical view is related to the other Architecture views. Each Functional Object is linked to the Functional View, which describes more precisely the functions that are performed and the details of the data that is exchanged by the object. Physical Objects and Functional Objects are also depicted as Resources in the Enterprise view, which describes the organizations that are involved and the roles they play in installing, operating, maintaining, and certifying all of the components of the Architecture.

At the heart of the physical view, the physical objects are organized into six different Classes that define ITS at the highest level of abstraction. A general "ITS" Class covers all of ITS while five more specific classes (Center, Support, Field, Vehicle, and Personal) are used to group physical objects based on where they reside and fundamentally how they behave and interact with other physical objects. Each of the classes is shown in the figure below. 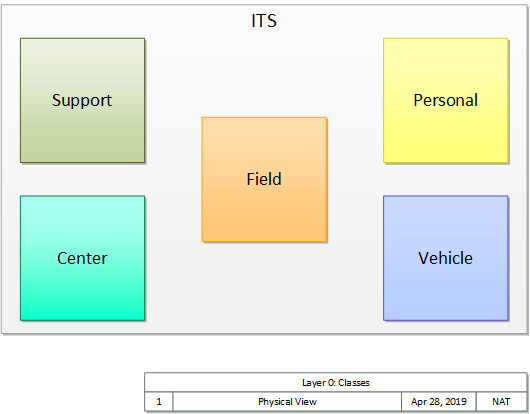 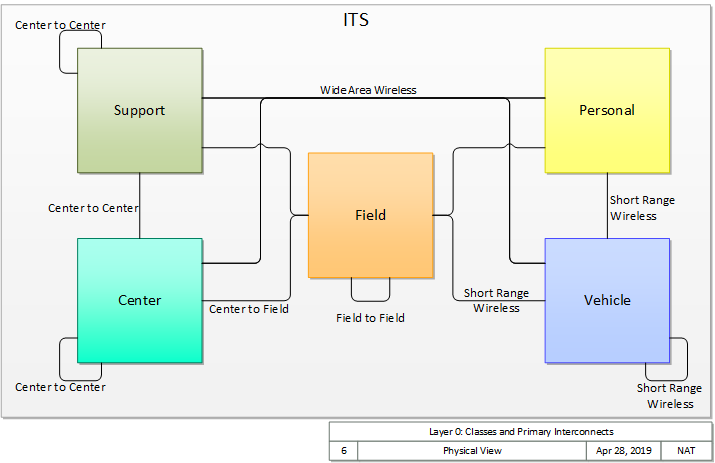 Each of these Classes include one or more subsystems that are revealed at the next level of detail in the following figure. As shown, if we know the Class of a subsystem (e.g., Center), then we know generally how it interacts with other subsystems (e.g., a Center interacts with other Centers using 'Center to Center' Communications). The 'ITS Object' is the only subsystem defined for the "ITS" Class. Specific connections are not shown for the ITS Object in the figure since it can represent any ITS system, of any class, so it might be interconnected using any of the connections shown. 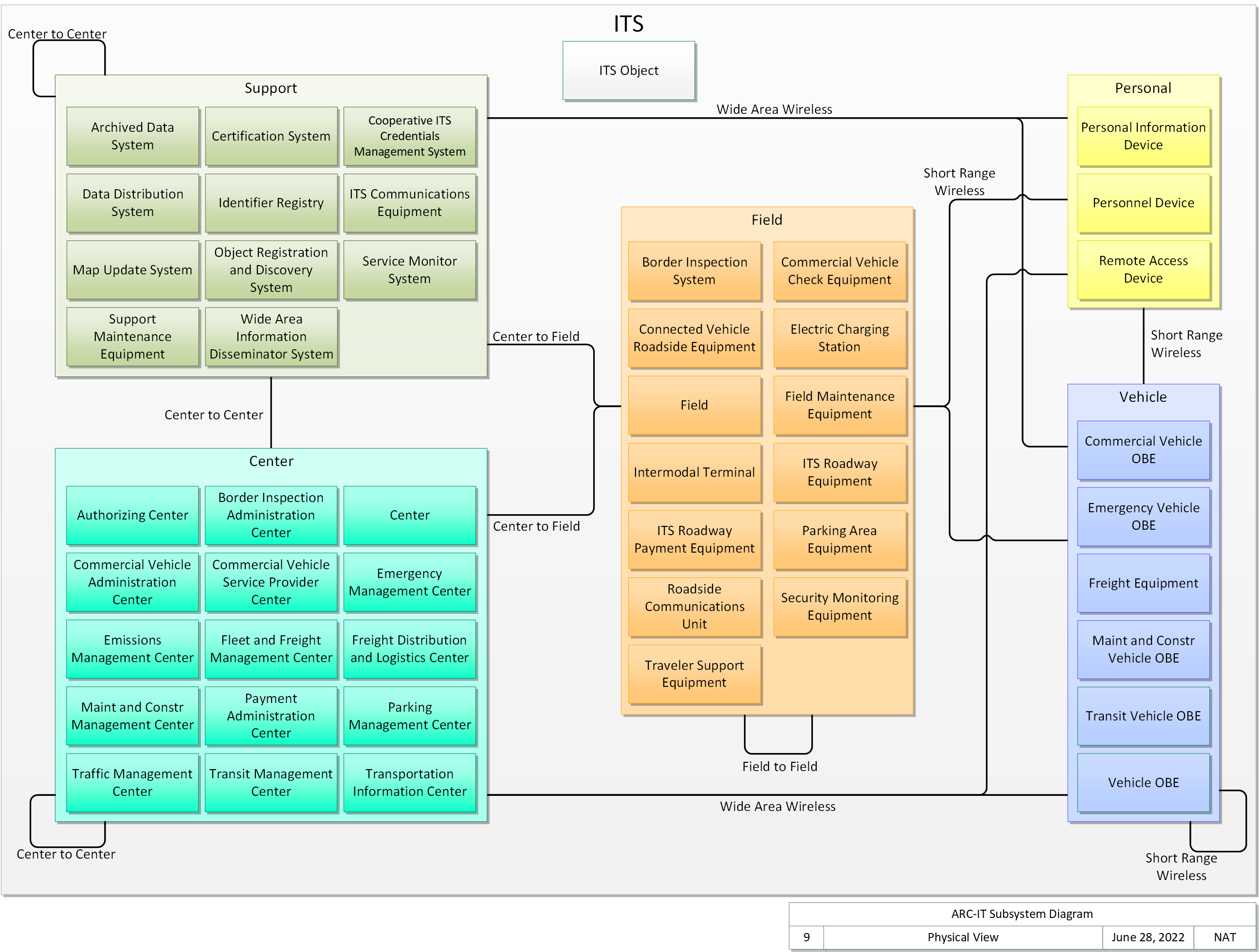 While it may not be intuitive at first, the "ITS Object" serves an important purpose in the ARC-IT physical view. The ITS Object is used in ARC-IT to define functionality and interfaces that may apply to any ITS device or system, regardless of Class. For example, obtaining security certificates and then using those certificates to support encryption and authentication is required for secure communications whether a particular ITS device is in a Center, a Support system, Field Equipment, Vehicle Equipment, or a Personal Device. Using the ITS Object, ARC-IT defines the functionality and interfaces for core functions like this just once, instead of having to redundantly define the same core functions for every subsystem. 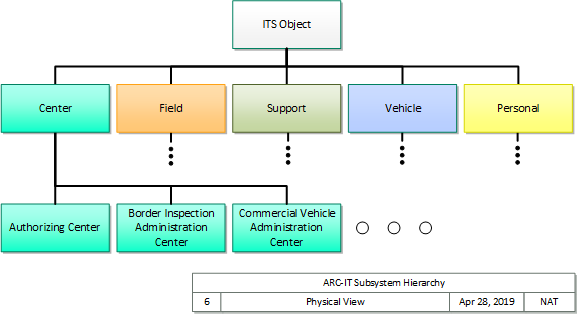